Nick Redshaw joined the Royal Marines in 1985, he enjoyed significant success both professionally and representing the Royal Marines as a world class canoeist. Tragically, whilst preparing to compete at the 2000 Olympics, Nick suffered a series of life-threatening brain haemorrhages. As he underwent surgery to remove a huge mass from his brain his wife, Bethan, was told to prepare for the worst. Undeterred by the odds stacked against him, Nick made a strong physical recovery, returned to work, and represented Great Britain in the Wild Water Racing World Cup in New Zealand; where he won his first international medal. Testament to his undoubted skill as a world class canoeist he finished his season ranked 5th in the world, an amazing feat considering the set backs he faced. Nick was awarded NATO’s Sportsman of the year trophy in recognition of his success and hard work. 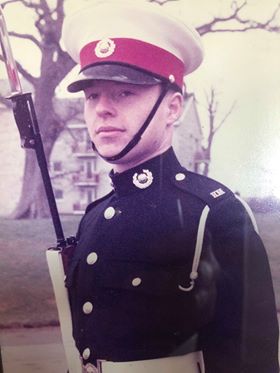 Despite his sporting accolades, Nick was battling internally with a variety of complex mental health problems. He was suffering from paranoia, anxiety and post-traumatic stress disorder. Following his medical discharge from the Royal Marines in 2000, Nick completely severed all ties with his former passion, canoeing, and wanted nothing more to do with the Royal Marines; instead, choosing to immerse himself into a new career in Psychology. Nick, once again, went on to demonstrate his ability to master a new skill. He became a psychology lecturer, authored sixty psychology textbooks, and managed the psychology departments of ten schools. He thrived for 14 years but, as the pressure built, his old wounds reappeared and in 2018 he had another major breakdown. 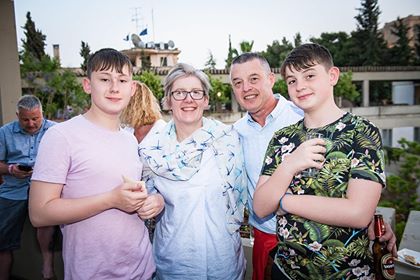 It was at this point that Nick and Bethan finally reached out to RMA - The Royal Marines Charity, the RM family pulled together and offered a breadth of support. Nick was able reignite his passion for sport through the opportunities that were available to him as part of his recovery. He attended the Israeli Games, which is an incredible collective of adaptive sports, joining other wounded, injured and sick Royal Marines. Engaging with other Royal Marines is something that Nick had avoided for so long, but addressing the past and channelling those memories into something positive proved an invaluable experience. The Charity were also able to offer Nick, in conjunction with The Not Forgotten Association, a place on a canoeing expedition in the Alps. Sport had always been a driving part of Nick’s life, so it was important to reawaken his passion and allow him to realise the potential that was still within him. 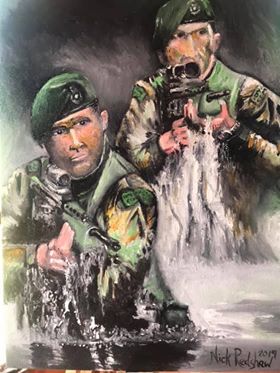 Bethan encouraged Nick to start painting, drawing on another interest and part of his life, he began to discover the therapeutic power that art can have. Painting allowed him to gently unpack many difficult memories from the past, recreating these experiences as pieces of art that were full of optimism, compassion, and a faith in humanity. With the help of RMA - The Royal Marines Charity, and with fellow artist Chris Holland, Nick then established the Royal Marines Art Society. The popular society supports other Royal Marines and their families who are struggling with physical or mental problems as a consequence of their Service.  In just a few months the Society has grown to 345 active members, some of whom will display their incredible and inspiring work at the National Exhibition of Creativity. 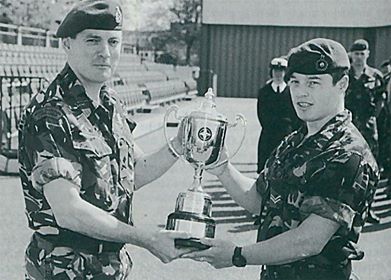 As Nick and Bethan have recently celebrated their Silver Wedding Anniversary, we would like to congratulate them both on the incredible example that their marriage sets. Nick and Bethan's remarkable journey is a testament to the strength of character that defines our people and their families, and also to the commitment we make to each other as a Royal Marines Family, to always be there for each other. RMA - The Royal Marines Charity are proud to underpin, enable, and represent this commitment. 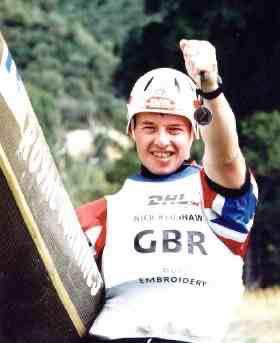 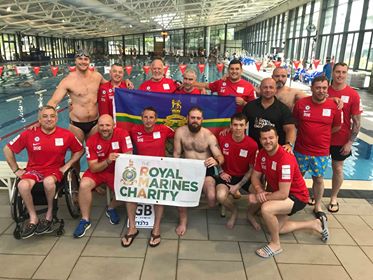 RMA - The Way Ahead - Supporting Paper

Announcements on the newest additions, celebrations and sad passings within the Royal Marines Family.

Keep up to date with Royal Marines Association news, events, projects, and photos on our facebook page.